Common Types of Mold in Home

According to the National Human Activity Pattern Survey (NHAPS), we spend about 90% of our day indoors, which indicates that indoor air quality plays a critical role in the health of modern society. While it is true that indoor air quality is influenced by outdoor air, many people forget that there are also indoor sources of pollution. Mold colonies are one of the most common sources of harmful air pollutants indoors. It is generally believed that only old homes have problems with mold, but this is quite far from the truth. Mold spores are present almost everywhere and they can grow almost everywhere, as long as the conditions are favourable – enough moisture and temperature above 70 degrees Fahrenheit.

Molds have a very bad reputation, and for a good reason considering they are allergens and can cause very serious lung problems in case of prolonged exposure. Molds are very persistent, grow vigorously in favorable conditions, and have incredible reproductive potential. This combination of qualities makes molds a significant threat to indoor air quality. However, not all molds are the same in terms of their harmful effects. There are thousands of different mold species; some are barely harmful, while others are aggressive and have the ability to produce very harmful toxins. Here are the five most common types of mold widely found in residential and business buildings that you really want to avoid. 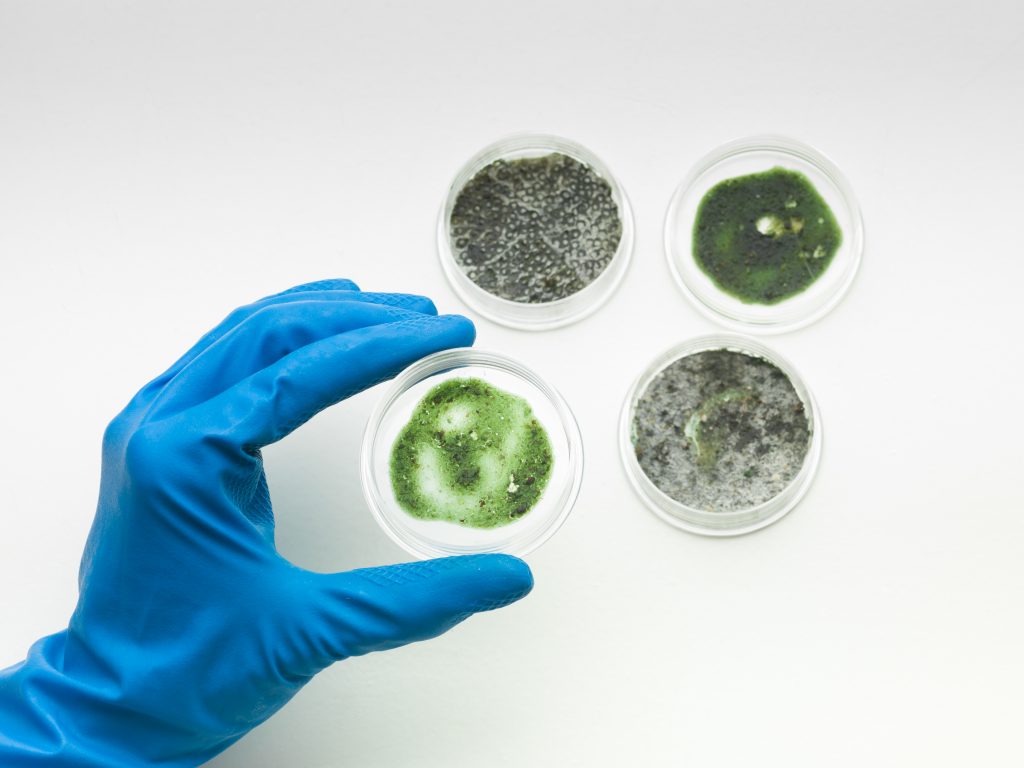 Aspergillus molds are often recognized by the yellowish-green colour of their colonies. Some species of this mold have the ability to produce harmful mycotoxins. Its presence can cause aspergillosis in people with severely compromised immunity, like cancer patients, people who received a transplant, HIV patients, etc.

Stachybotrys chartarum, widely known as black mold and toxic mold, is one of the most harmful types of mold due to its ability to produce mycotoxins. It is often found on damp cellulose-rich building materials. Luckily, this mold species is not that common compared to other species on this list, considering it requires specific conditions for development – no sunlight, constant source of moisture, big temperature fluctuations, and a lot of cellulose.

This genus of fungi doesn’t have toxigenic representatives; however, it includes many species that cause allergic reactions in sensitive people (skin rash, sinusitis, asthma, etc.). What makes this type of mold special, is the fact that it can grow in both warm and cold conditions. It is often found on fabrics, wood surfaces, and HVAC vent covers.

This is also an allergenic type of mold, recognized by the pink-brown colour of its colonies. Direct contact with Aureobasidium can cause dermatitis and infections of nails and eyes, which is why the presence of this mold should be avoided indoors.

Penicillium species brought a revolution in medicine in the first half of the 20th century, when Sir Alexander Fleming accidentally discovered its antibiotic effects in his laboratory. Aside from its beneficial qualities, this mold can also cause very severe respiratory problems with chronic exposure. Short term exposure is not harmful to healthy people, but it can have an adverse health effect in people with compromised immunity.

Are you having problems with these pests at your home? Reach out to Inch by Inch Inspections to schedule your home mold remediation. If you are looking for an experienced, friendly, and honest home inspector, call Inch by Inch today.