Can Asbestos Affect Your Health? 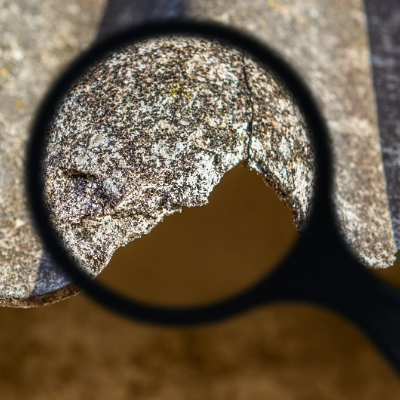 Asbestos is a naturally occurring mineral, made of long, thin, thread-like crystals. Each thread is composed of numerous microscopic fibers that can get released into the air by abrasion or other types of physical damage. Asbestos was widely used as a building material for the most of 20th century. It was often mixed with concrete due to its very favourable insulating and fire-resisting qualities, but also to increase its strength without increasing its weight. Other materials that commonly include asbestos are:

Asbestos was a very popular building material until it was discovered that its microfibers are very harmful to human health. Its use was limited during the ’80s in Canada, however, there are still many buildings in Toronto that were built with asbestos before the ban. That’s why asbestos abatement testing in Toronto is extremely important.

How Does Asbestos Affect Health?

When materials made of asbestos are damaged, they release microfibers into the surrounding air. If this contaminated air is inhaled, the microfibers travel through the respiratory system until they reach the lungs, where they create microscopic cuts on the lung tissue and cause inflammation. Long-term exposure leads to chronic inflammation, which is usually followed by scar tissue formation, otherwise known as pulmonary fibrosis. The fibrosis decreases lung capacity and makes breathing more difficult.

The most common symptoms of asbestos exposure include:

Long-term asbestos exposure can cause very serious diseases, including:

The symptoms of asbestos exposure usually take decades to manifest, which is why asbestos contamination often isn’t detected on time. Mild symptoms that occur early are commonly attributed to other health conditions, and the true culprit often flies under the radar. For this reason, testing for asbestos is highly advised, especially if you live in an older building.

How Can Asbestos Abatement in Toronto be Removed?

Considering that asbestos is such a harmful material, its abatement must be performed with adequate protective equipment. In rooms contaminated with asbestos, even the slightest air currents can disturb the particles and make them airborne again. Handling the damaged building material can also release a significant amount of microfibers, so it is best to avoid DIY removal methods and call a professional asbestos abatement company. Inch by Inch Inspections offers their high-quality service all over Toronto and the GTA. The experienced, certified staff of Inch by Inch are equipped with the tools and knowledge needed to perform asbestos abatement testing in Toronto as safely and efficiently as possible. Contact Inch by Inch today and schedule your inspection.